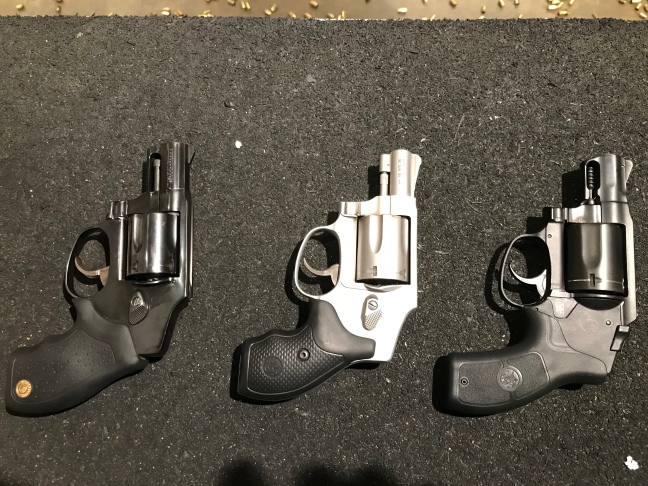 Taurus: I started the day with the revolver with which I was most familiar: my own Taurus snubnose .38 Special. Great Group. Shot for left column/center circle. Scored a diagnol line of 5 inches or less. Distance was from 5 yards out. 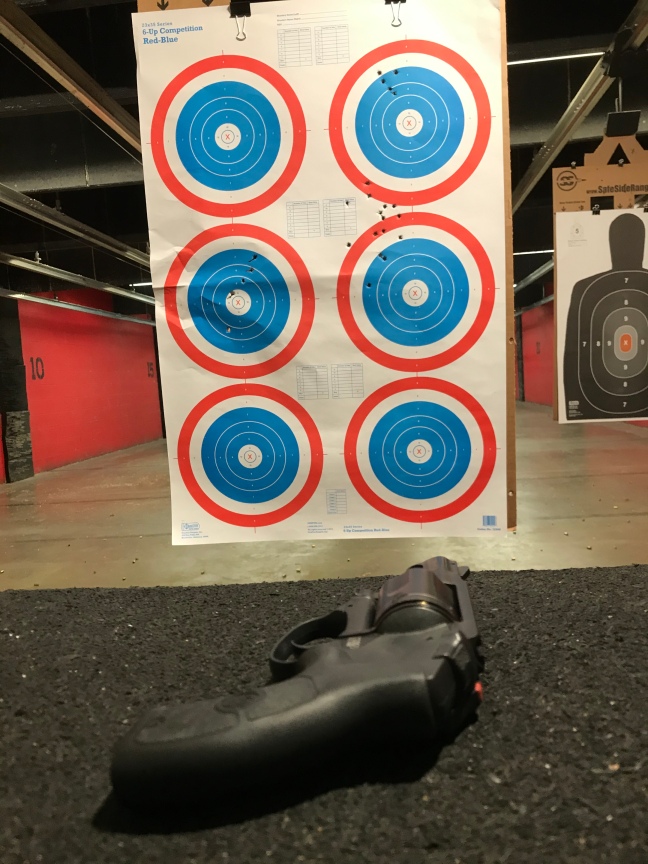 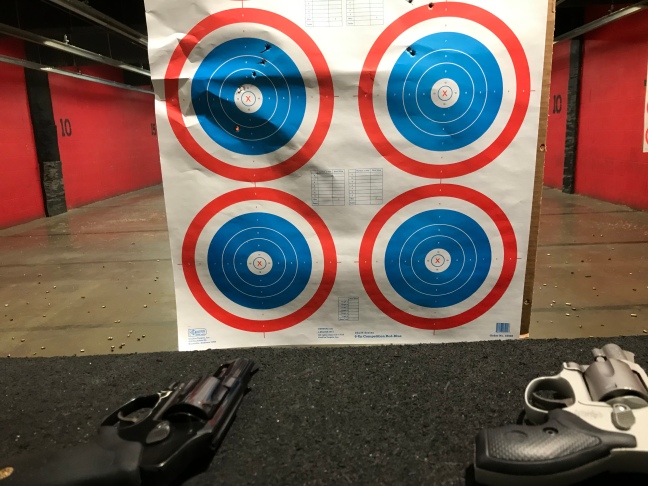 S&W 642: Not bad but I shot this revolver the worst of the three. I aimed for the right column/center circle. I then aimed for the right column/top & bottom circles. I shot a big high & initial sight acquisition was slower with this gun. It’s still a viable choice as a CCW; my only concern with it is the screw in the cylinder latch, a design identical to my Taurus. The screw worked itself loose on my Taurus.

S&W Bodyguard .38: This revolver was a bit lighter than the 642. (Statistics show the Bodyguard weight at just over 13 oz unloaded whereas the same stats list the 642 at just over 15 oz. The 2 oz difference was noticeable but not overwhelming.) This revolver came equipped with a laser sight. I shot more consistently without the laser but my best shot of the day, straight through the center of the bulls-eye, came about with the help of the laser. Nice cylinder release! CONCERN: Web Forums posts from current & former owners frequently cite cylinder & trigger problems. It’s a shame because I really liked the feel, performance, & the look of this space-aged revolver. 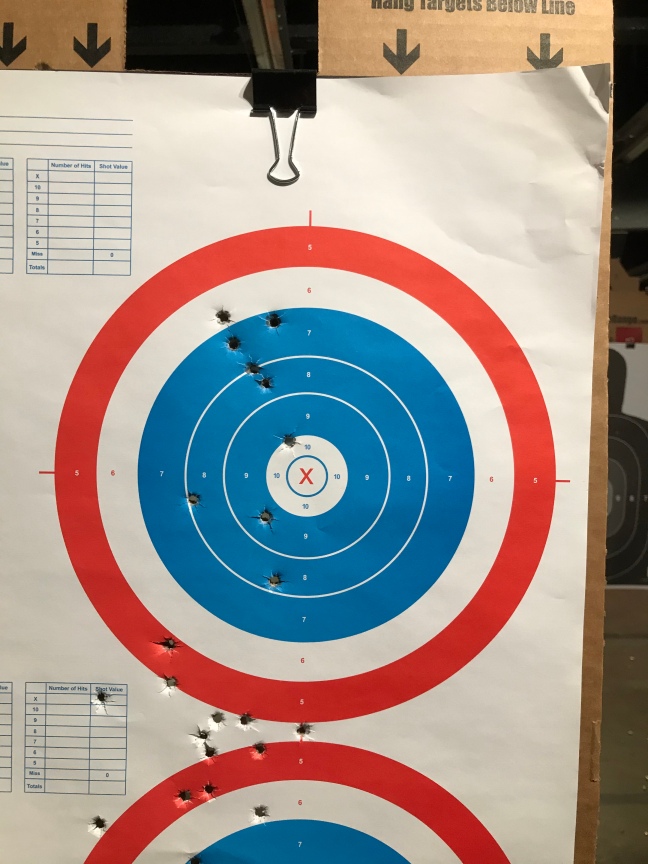 TAKEAWAY: If I’m buying a new CCW, I should decide between the Glock 43 & the S&W 642. It’s time to throw everything else.